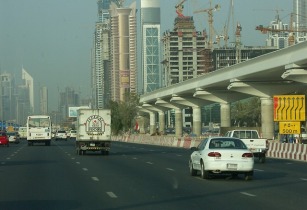 Mattar Al Tayer, director-general and chairman of the board of executive directors of Roads and Transport Authority (RTA) and Abdullah Khalifa Al Marri, commander-in-chief of Dubai Police have discussed common concern relating to the safety and security of roads and public transport in Dubai

The overall objective is to realise the strategic performance indicators & targets of the Dubai Traffic Safety Strategy 2017 – 2021.

“RTA and the GHQ of Dubai Police have massive tasks and share several roles and responsibilities that serve the strategic goals of Dubai government. Specifically, both parties share the Dubai Traffic Safety Strategy aimed at reducing traffic fatalities and the Security & Safety of Transport Strategy that serves the joint vision of ‘Safe & Smooth Transport for All’,” said Al Tayer.