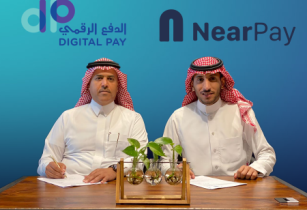 NearPay is the region’s first softPOS developer that provides a 360 solution to merchants, payment providers, enablers, has received the PCI DSS security certification

The PCI DSS security certification attests that NearPay is upholding global standards in its handling of consumer financial data, after examining all the security practices of the company to ensure that best efforts are being taken to protect data from misuse or breaches. NearPay is only the eighth company in Saudi to receive this certification.

The startup had raised US$2.8mn in funding from angel investors since its founding in late 2020.

Mohammed Aleban, co-founder and CEO of NearPay, said, “According to data shared by Mada and Visa earlier this year, NFC or contactless payments reached 94% of all POS payments in Saudi Arabia, the highest percentage globally. And yet, there are still very few technology developers in the market,” he continued, “at Nearpay we aim to translate that growth in digital payments from retail outlets to every payment interaction across the economy, from logistics providers to entertainment venues. We are building local and proprietary technology in the kingdom as part of our commitment to empower local talent and innovation in line with Vision2030 goals.”