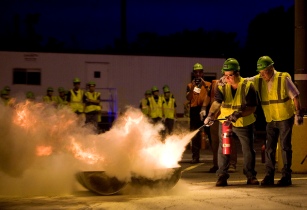 The surge in demand for shares in the Mumbai-based fire safety equipment manufacturer, which owns Middle East subsidiary New Age Company LLC, was triggered by news of Bollywood superstar Amitabh Bachchan’s investment in the company.

News broke that Bachchan had bought 1.5 million shares last Friday at US$0.66 each, for a total of just under US$1mn.

The result was that more than 1.2mn shares in the company changed hands on Monday alone, compared to the two-week average of 366,000, with share prices closing at US$0.72, up from US$0.66.

In a related development, Nitin also announced late last week that its net sales for Q1FY16 had risen by 18.56 per cent, reaching just under US$52mn.

“The upcoming quarter will witness the commencement of new projects and targeting growth form allied sectors as well,” said company chairman Nitin Shah, commenting on the news. “Through our constant pursuit of enhancing product offerings and high-end customization we aim to sustain our growth momentum in the domestic and international markets, thereby expanding our customer base.”